This software identifies the signposts of parental relatedness, so called long runs of homozygosity (ROH). It is designed to work out of the box for the data type most commonly used in ancient DNA, pseudo-haploid eigenstrat files. I maintain a Python software package, hapROH, that can be installed via the Python package index. The method is described in detail in a preprint. In addition to the inference machinery, there is a large number of visualizations of the findings. Vignette notebooks walking you through the method as well as the plotting are linked in the official documentation here. 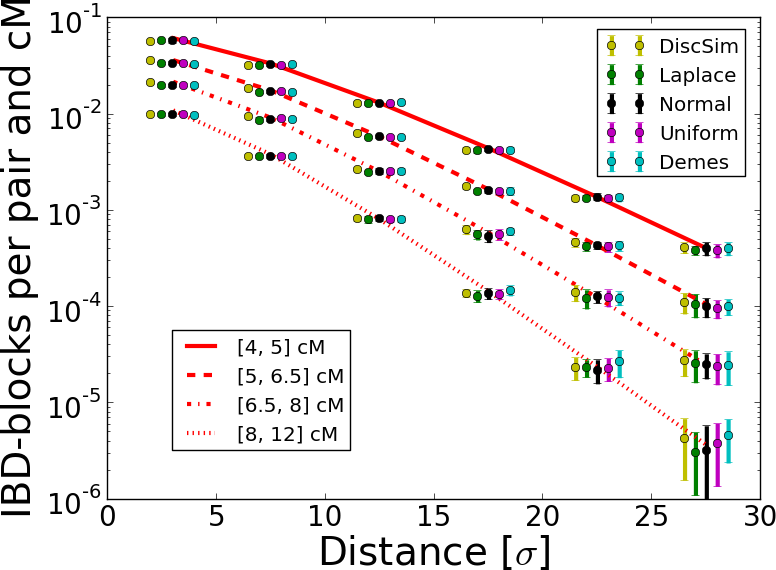 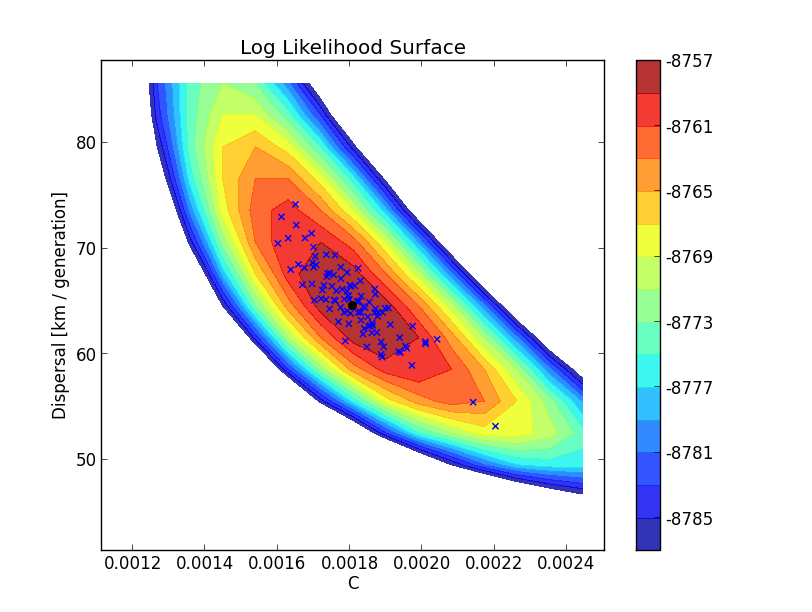 During my PhD, I developed a likelihood framework to fit geographic patterns of long identity by descent tracts. It fits isolation by distance in population occupying a 2D habitat (pairs of indivdiuals nearby have more IBD sharing than more distant individuals as they are on average closer related). The Python code implementing this likelihood inference scheme and code to simulate IBD in 2D populations is available at my github.